The Gates of Lodore and Harpers Corner areas of Dinosaur National Monument provide dramatic views of the natural splendors of the monument. However, it's the Quarry Exhibit Hall and surrounding area for which the monument is best known and gets its name. 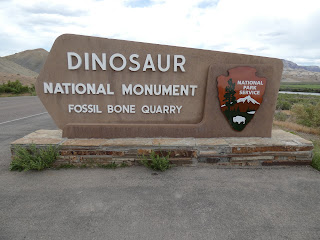 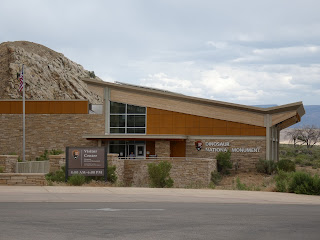 The Quarry Visitor Center is on the Utah side of the national monument. 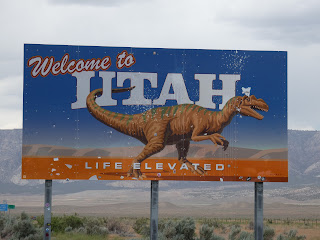 The quarry side of Dinosaur National Monument has beautiful natural features in addition to its dinosaur bones, fossils, and tracks. 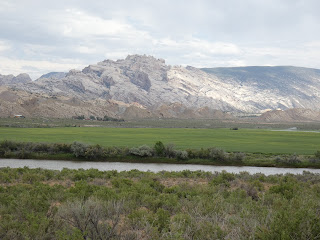 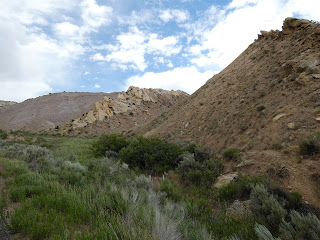 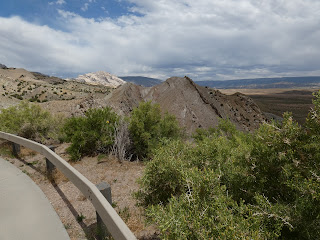 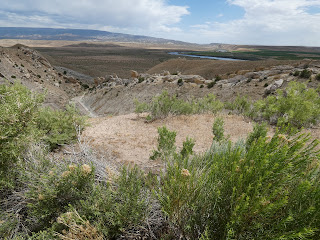 The Quarry Exhibit Hall is an attractive modern building with lots of glass. 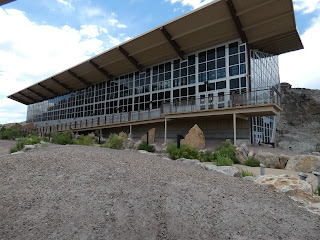 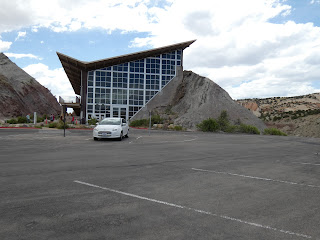 The main exhibit is a building-length largely excavated "Wall of Bones" that was not completely excavated so that it could be part of the monument. 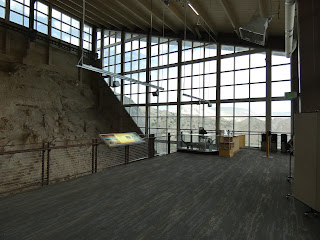 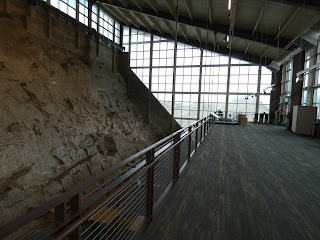 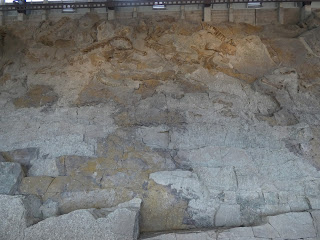 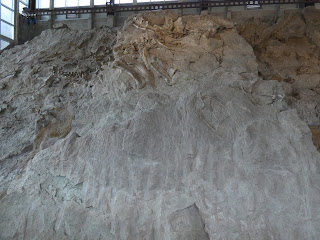 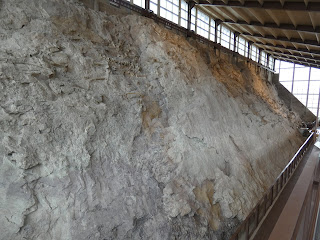 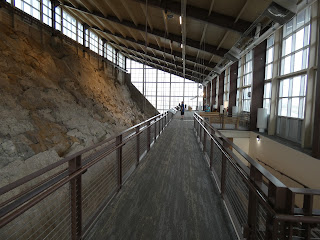 The top floor has a few other displays, but the main focus of the top floor is the "Wall of Bones." The bottom floor has more displays to look at and is where visitors can touch some of the bones. 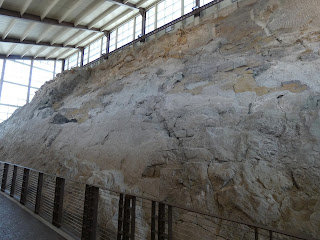 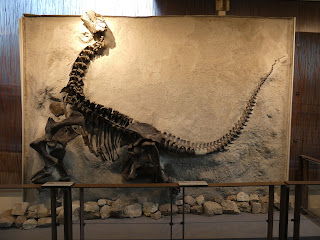 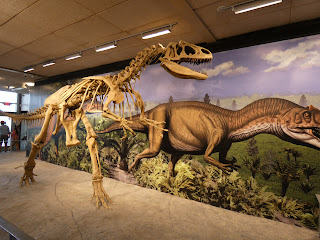 After viewing the Quarry Exhibit Hall, we rode the tram back down to the Quarry Visitors Center. 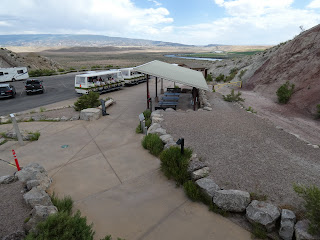 It is fascinating to see dinoasaur bones still intact in their partially excavated state. While many of us have seen dinosaur skeletons in museums, it is a completely different perspective to see see them still in place in the hardened material that holds them. 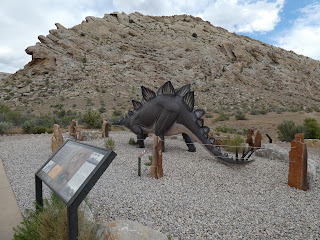