We've lived in Colorado for many years, but had never visited Mesa Verde National Park in the southwestern corner of our state. 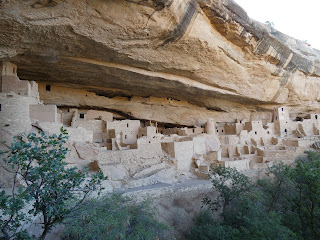 We decided to rectify this by including Mesa Verde as the main motivation for a 4-day, 3-night road trip from the Denver area to Mesa Verde and back to Denver. 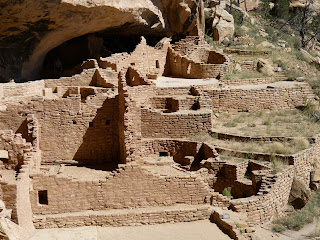 We did the most driving on the first day, when we drove from Denver all the way to Far View Lodge located within Mesa Verde National Park. 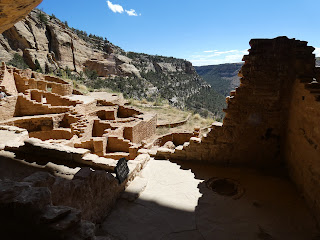 Our drive from Denver to Mesa Verde National Park was primarily on U.S. Route 285 and U.S. Route 160. Depending on traffic (especially in the Denver metro area), this drive requires 7+ hours with no stops, but we stopped for gad a few times to stretch our legs and enjoyed stopping at Treasure Falls near Pagosa Springs for a quick scenic break. 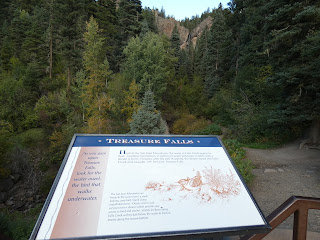 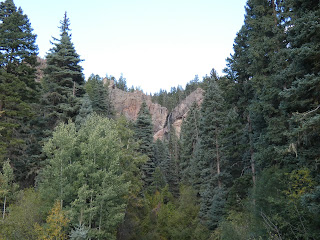 The view looking the opposite direction from the small Teasure Falls parking lot isn't too bad either. 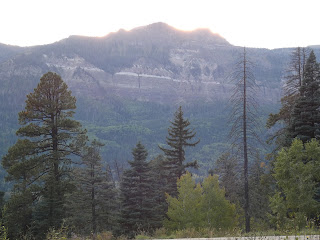 The drive from Denver to Mesa Verde took us through some towns we saw for the first time just last year during our first southwestern Colorado road trip (such as Fairplay, Buena Vista, Nathrop). We also drove through some towns new to us such as Del Norte, Pagosa Springs, Bayfield, Hesperus, Durango, and Mancos.

It was getting dark as we got closer to Mesa Verde and so we weren't able to appreciate some of the beauty fully until we saw it as we left the area. These photographs were taken at the "Pagosa Country" overlook. 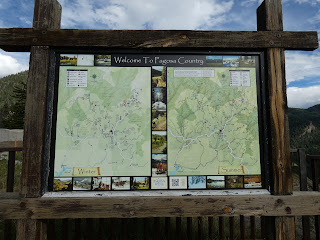 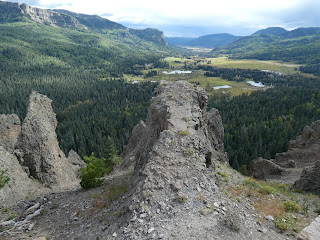 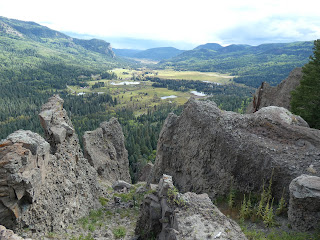 We spent two nights inside of Mesa Verde National Park at Far View Lodge so that we could enjoy a long full day inside the park (we arrived late the first night and left in the morning after the second night). With one full day, we were able to experience a lot in the park and some highlights will be covered in separate blog posts. 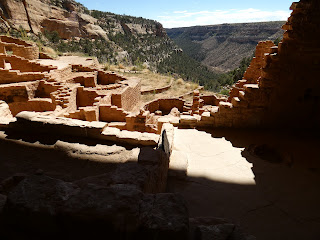 We went to Durango after Mesa Verde to ride the train to Cascade Canyon and then drove to Pueblo to for our third night's stay. Pueblo is not quite as far from Mesa Verde and Durango as Colorado Springs is, but still provides a nice base for visiting Florissant Fossil Beds National Monument and Paint Mines Interpretive Park. 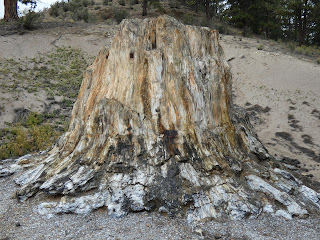 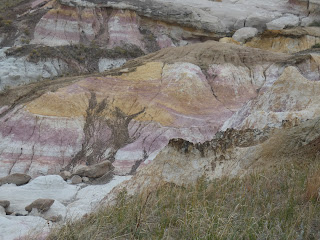 The drive from Durango to Pueblo allowed us to see beautiful Pagosa country in the daylight and to some more towns for our first time, including South Fork, Monte Vista, Fort Garland, and La Veta. 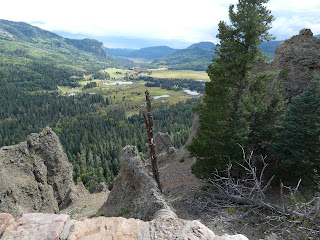 On the way from Durango to Pueblo, we stopped for a tasty dinner at Juanito's Mexican Restaurant in Alamosa. 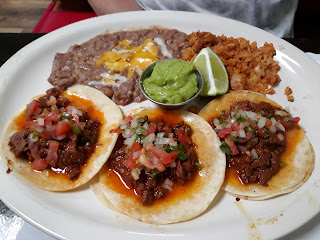 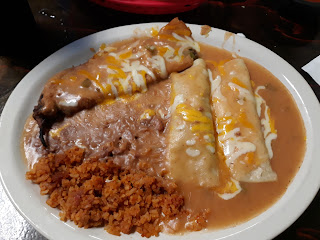 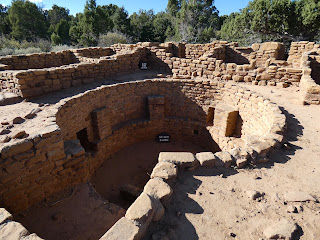 We spent the third and final night our our road trip in Pueblo at the Best Western Plus Eagleridge Inn & Suites. We enjoyed our stay there and the breakfast included a made-to-order omelet and a yogurt machine with numerous toppings that could be added on top. 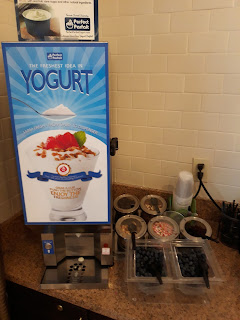 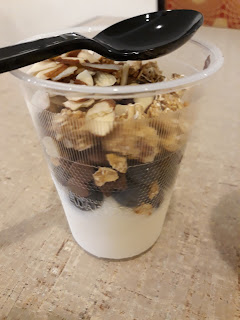 We didn't get to see much of Pueblo this time (and it was our first time there as well), but would be happy to stay again at Best Western Plus Eagleridge Inn & Suites and to enjoy the Historic Arkansas Riverwalk, Lake Pueblo, and other things Pueblo has to offer (as well as surrounding areas such as Cripple Creek and more time in Florissant). 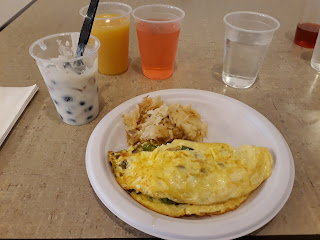 Although we loved experiencing ruins in Greece, Italy, and Peru (especially Machu Picchu), but realized that we had some pretty spectacular ruins "in our backyard" and are glad that we finally went and experienced Mesa Verde National Park firsthand. 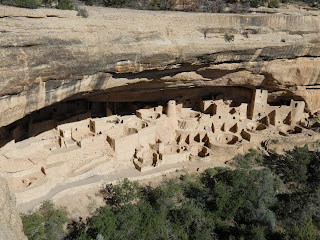 Other Posts from This Denver/Mesa Verde Road Trip