We thought about going snowmobiling over the week between Christmas Day and New Year's Day, but that is something that needs to be planned and scheduled well in advance due to its popularity at that time of year. We scheduled a snowmobile tour for Monday, January 4, and this post provides some of our observations from that snowmobiling day trip near Turquoise Lake (near Leadville, Colorado). 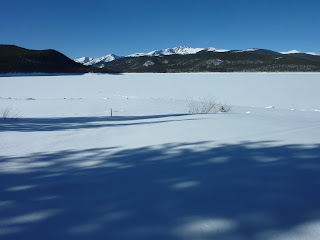 The drive from the Denver area to the Leadville area is approximately two hours, assuming no stopped traffic. There is construction on I-70 near Idaho Springs and trafffic slowed there, but it still took a bit less than two hours to get there and a bit more than two hours to get back to Denver on the day we went. 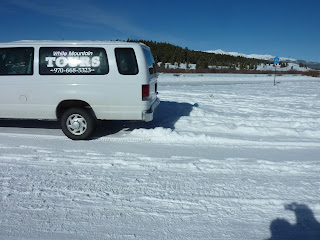 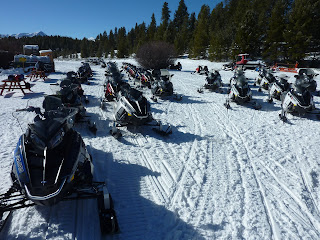 The parking area for the tour was just past Grand West Village Resort. The large group of participants for our two were split into a couple large group to listen to and watch an overview on how to use the snowmobiles and what we'd be doing for the day. 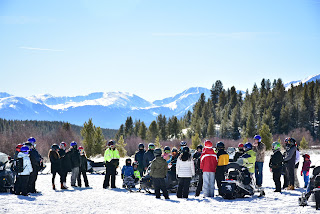 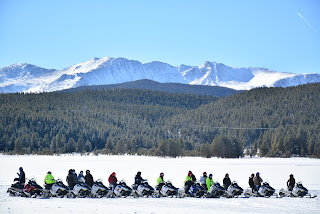 Our favorite part of the snowmobile tour was riding in the trails after running the warm-up laps on the track. 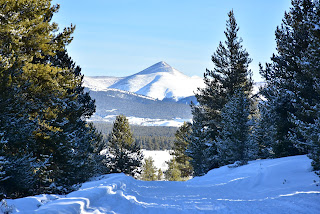 The trails included snow-covered roads in and around the Turquoise Lake campgrounds. We peak of the tour was a spot overlooking frozen-over Turquoise Lake with Mt. Massive and Mt. Elbert also in view. 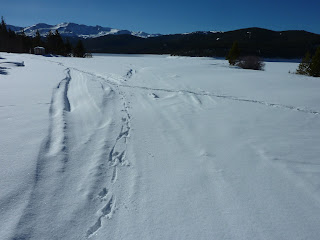 When the tour was over, professional photographs were available to purchase if desired.

Heading to Leadville and returning to Denver from Leadville were part of the adventure and that route includes a portion of the Top of the Rockies Scenic Byway. It was especially beautiful on this clear winter day and we were happy that the road and weather conditions were good that day. 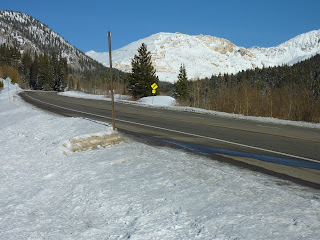 Perhaps the highlight of the trip between Denver and Leadville was the gorgeous setting at Clinton Gulch Dam Reservoir. 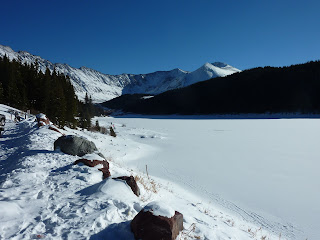 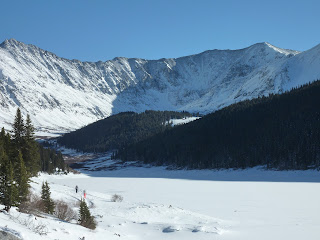